How do you think people recognise your brand? Is it by its logo, its colour, its pack, its jingle? Well, you may be surprised to learn these are all only pieces of the puzzle. A brand is a combination of elements, that together make it recognisable. But consistency and compatibility are often the two missing parts that are most often forgotten in building a brand.

Before I get started, I would like to suggest that you read a highly popular post on the topic of brand image here on C3Centricity, if you missed it before. It’s called “What Every Marketer Needs to Know about Brand Image, Equity, Personality & Archetypes” and will give you some great background information.

It covers the topic of brand image metrics in quite some depth, so is a great primer. But I feel that there is so much more to brand recognition that needs to be considered, than the elements that I mentioned in that post.

For example, more and more brands today additionally rely on a face, a voice, an aroma, a unique packaging style, a slogan or a sound that immediately identifies them. And when they do, their brand image gains in depth as well as emotional engagement.

In fact I believe that brands that lack connection with their customers are missing these powerful additions. They rely on mere basics to build their brand’s image, but they are no longer sufficient in today’s online -dare I say virtual? – world.

So here is my very personal perspective on some of the best examples in each of the additional areas I just mentioned. Feel free to add your own in the comments.

Some of the faces which represent brands are of celebrities, while others are of unknown people who become celebrities thanks to the brand’s advertising.

One of the first faces I think of for a brand is Flo from Progressive. She won the hearts of Americans, ever since she was first introduced in 2008, with her helpful but quirky discussions with potential customers.

Flo made insurance less confusing and more friendly through her “girl next door” looks and sparky attitude.

In 2012, an animated box was added to their campaign concepts, to represent the company’s products in what was hoped to be a more fun and young-spirited way. Apparently, the vast number of ads with Flo – over 100 – had resulted in a “love her or hate her” relationship, but the box didn’t have the success of Flo.

About five years ago Progressive finally found the answer to attracting younger adults, coming out in 2017 with the “Group session” ads, one of which you can watch below. These were later morphed into self-help sessions with a group leader called Rick, who comes back in 2021 as Dr Rick (see more below).

Dr Rick claimed to help the younger adult target group Progressive wanted to attract by claiming to help them from becoming their parents. The “On call” campaign was born and appears to have succeeded where the animated box didn’t. Continue Reading 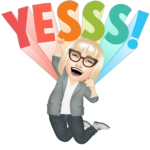 Whether you are a marketer, market researcher, entrepreneur or business owner, don’t miss out on all the tips, tricks, tools and templates that we regularly share!