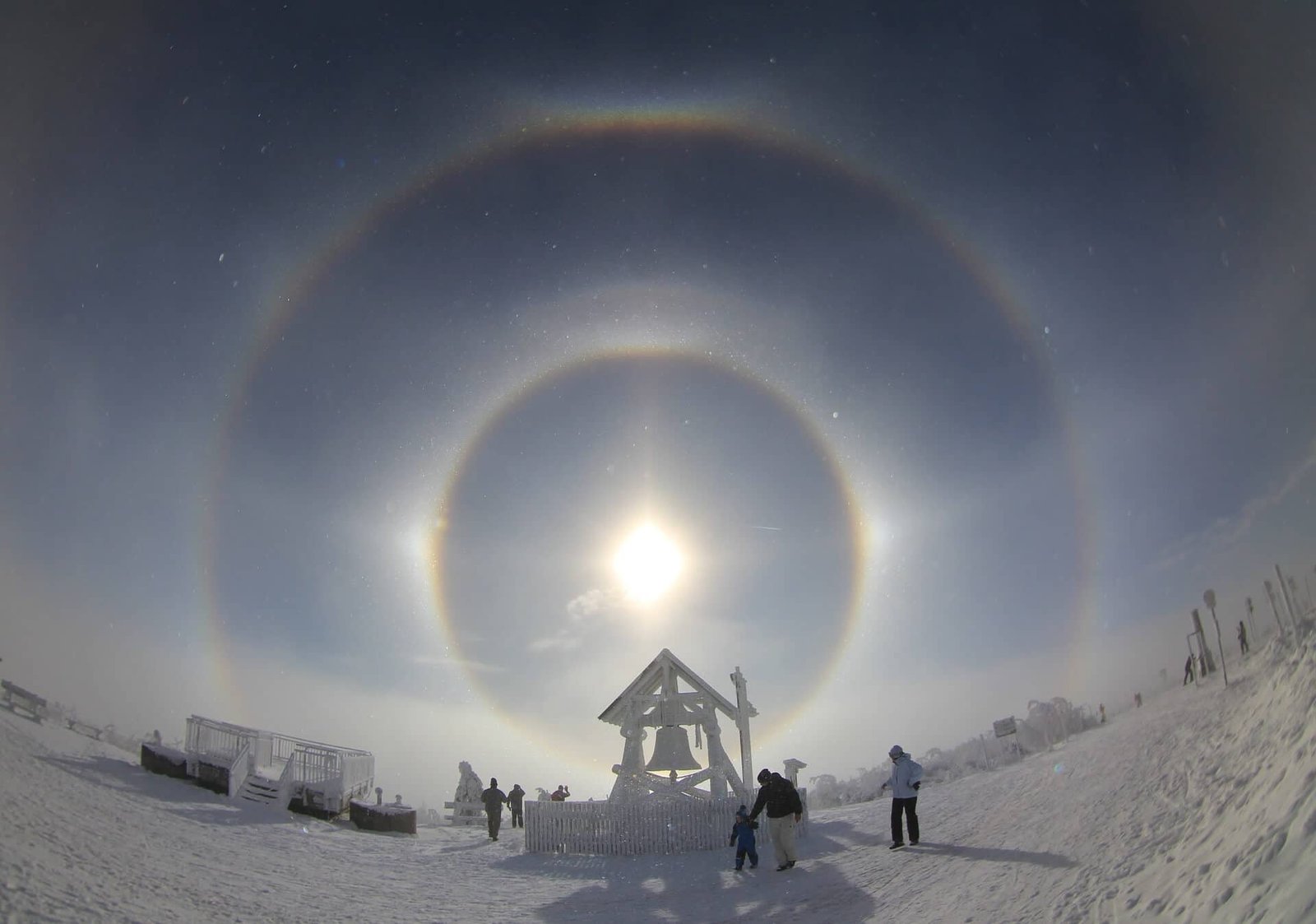 Why do companies still try to cheat their customers?

There have been a lot of articles recently exposing the behaviors of organisations who clearly haven’t adopted a customer first strategy. Companies who still think it’s OK to try to attract customers and entice them to purchase with less than honest promises and behaviour.

I know that this has always been the case in some businesses; trying to convince the customer that what you have to offer is exactly what they need – even when it isn’t. However, in today’s socially connected world, it surprises me that some organisations still believe that they can “get away with it” whatever “it” might be! Perhaps they are not aware of what they are doing. Perhaps they think no-one else will notice. Whatever the reason, I thought it is time to call out such practices with some of the more common behaviours. It also makes a fun read!

In many cases, packaging is the first personal contact a customer has with a brand. Whether in advertising or on shelf, based upon what they see, they will quickly decide whether or not your brand is worth investigating further. If so, they will read on, or if in store they will pick it up and read the label, perhaps comparing it to competitive brands. Why then do businesses still believe that they can pretend to be what they clearly are not? I learnt many years ago to never believe what is written on front of pack. Unfortunately, what is shown is in the majority of cases exaggerated if not completely false claims.

Here are some examples of the different tricks some play in the hope of attracting that first purchase. But which are unlikely to lead to a second one when the customer realises that they have not bought what they thought they had.

This bottle of oil looks fine, at least when viewed on-shelf. However if you take the time to read the (front of!) label, you will see that it is not extra virgin olive oil, but a mix of oils.

As with the previous example, a quick read on shelf of this cereal box and you would believe that the contents are high in protein. Its from Natures Path too, so you would probably think that it is all natural and therefore trustworthy (well I for one trust nature at least!).

Look again. The protein is primarily coming from the milk you add! Remember, never believe what is printed on the front of pack!

The final packaging examples come from the beauty industry, where misleading packaging seems to be the norm.

If everyone is doing it, the customer knows, right? Wrong! We may see the quantity mentioned on the box but most of us can’t assess how much that really is.

We all love promotions and price-offs, don’t we? Well it looks like we should be paying a little more attention to the shelf edge labels judging from the below examples.

I find this one on the left laughable because it is so clear!

So why bother to pretend this is a discount from the regular price of – 99p?

On the other hand, the Nike shoe “promotion” shown on the right is just plain cheating by the store.

A “NOW” price suggests that it was more expensive before. Well, it should at least in my opinion. In this case it was cheaper, by exactly one cent!

Not sure that qualifies for a “NOW” shout-out on the shelf edge label, unless you are trying to make buyers believe they’re getting a good deal.

These have been in the news so much recently, especially for online. From restaurants and hotel ratings on TripAdvisor, to product and delivery stars on Amazon, we all know to pay attention to just how many people voted to get the scores.

It also is a good idea to review the top and bottom scorers for similarity of comments and believability. They could have been placed by the sellers or their competitors, so never base your purchase decision on just the overall rating; check the details.

Another area that has come under scrutiny in recent years for false ratings is the car industry. Many (most?) of them have been called out for false consumption claims and as a consequence decreasing their real pollution.

It started withVolkswagen AG admitting to engineering its diesel vehicles to cheat on emissions tests. Then Ford joined the list, with drivers in a U.S. lawsuit claiming that 500,000 Super Duty pickup trucks were rigged to beat emissions tests. And Europe is no better. German car manufacturers  have been accused of operating a 20-year “cartel” to impose a premium on consumers while stifling innovation, including pollution controls. Bloomberg had a good article explaining the topic if you want to learn more.

I believe that this is rampant in the food industry in particular, although I am not sure the outlandish promises (and packaging as shown above) of the beauty industry don’t warrant a mention here too!

From enticing images on (front of!) pack, to the disappointing contents, we are regularly shocked by just how far from reality the product photos are. Here are a few of the funniest ones I’ve come across.

The first example is from the Morrisons supermarket chain in the UK. I think by triple pepperoni they meant three slices! At least that is what you get on your pizza (no sorry there are four!). What did you expect for one pound fifty?

The next one on the left is more subtle. It does say it’s solid chocolate and that’s true. It’s just that you only get half a cup, not the whole one I bet purchasers were expecting.

The third food example is also from a chocolate manufacturer, who takes cheating to a whole new level.

See the photo on the right; it must have been a manufacturing nightmare to position the cranberries precisely so they are seen through the transparent section of the packaging.

Oh, I just saw, it says it is “handmade” so the six cranberries were carefully placed on the tablet!

The “promotion” for cheap parking on the right only becomes less of a bargain as you are probably driving into the carpark and see the “for 10 minutes” in tiny font at the bottom of the panel.

They will only get your business once, if at all and I bet you’d warn your friends and family not to park there.

The dishonest promotions mentioned above also qualify as dishonest pricing, but a regular practic perici ngon pricing is to use the “up to” words, usually in small font compared to the discount being offered. We come across this and the BOGO (buy one get one) that used to refer to BOGOF, (for free, a 50% discount) all the time now. so I think buyers beware is the norm.

I couldn’t finish this review of companies that cheat the customer without mentioning some of the dishonest online practices.

These include offering something for free and then charging “only for shipping and handling” which is usually more than the item is worth!

And asking to provide credit credit card details at the time of a free trial in the hope that people will forget to cancel before their trial runs out.

Another habit that is becoming prevalent, even on Google, is the blurring between search results or newsletter topics, and advertising.

The example on the right comes from an email I received this morning from StumbleUpon. I have been such a fan of theirs for years, as they have always suggested interesting articles I might not have otherwise found.

This new attempt of theirs to “hide” advertising amongst their list of suggestions irritated me immensely, because they made it an integral part of the list.

At least Google add lines, albeit very light grey ones, in their search results.

One more example of cheating online is the usage of the colour green to entice surfers to click a button, when it is not the option they would have chosen if they had bothered to read the text (which we don’t do any more, we just skim read).

Finally, and probably the most rampant of all, are the online clothing scandals. Many articles have been written which compare the article ordered and the rip-off Asian copy received. Here is just one example, but you can see many more at MailOnline.

Definitely worth a laugh, but I do feel sorry for the girls, although as they posted their photos on Facbook, I  think they saw the funny side too.

Definitley not the way to build loyal customers, but perhaps in China the population is so huge they believe that they can keep this going a few years until they can improve their copies!

None of the above examples would happen if organisations adopted the use of my “Magic” question. What is it? It is simply to ask yourself every time you take a decision:

“What would our customers think of the decision we’ve just taken?”

If the answer is that they wouldn't like it, then the decision needs to be reconsidered.

I hear some people (Jeanne Bliss's new book for example) asking "would be mother, sister, girlfriend like it?" If you prefer that way of thinking, fine by me - just as long as you reconsider your decisions in light of these questions. If you wouldn't do it to your friends and family, why do it to your customers? They are members of someone else's family after all.

The other solution, of course, is just to be more honest.

So to end on a (relative) high, here are a few examples of businesses who "tell it like it is."

One company who has benefited from telling the truth - and there aren't that many! - is Avis.

Their "We try harder" campaign launched in 1962, turned into a strategy for the whole business – and took Avis from an 18% market share to 34% in a very short time.

More than fifty years on, it’s still their slogan. (That in itself is amazing: how many brand ideas last fifty years?)

Another example of an honest company, is, perhaps surprisingly, from a Swiss financial institution Hyposwiss. In their "honest campaign" they take a refreshing view of money - yours in particular.

I hope you enjoyed this post, but also got some useful "ah-ha" moments when you realised one of your brands did, or is doing something similar. In today's digital age there is no longer the opportunity for companies that cheat to not to be discovered and called out on social media. If not today, then tomorrow. Be warned!

Your Customer First Challenges Sorted!Complementary half-hour Solutions Call with Denyse - Click to Reserve
[/vc_column_text][/vc_column][/vc_row]
Plugin Support By WordPress Plugins
Send this to a friend
We use cookies to personalise content and ads, to provide social media features and to analyse our traffic. We also share information about your use of our site with our social media, advertising and analytics partners. Learn More