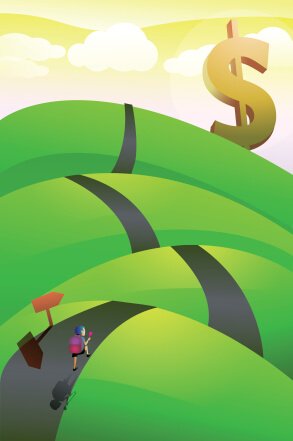 A few weeks ago I spoke about failure  and the differences between cultures in how people react to it. It was one of the most popular posts I have ever written, so to complete the perspective I thought I would share some equally inspiring quotes on success, with again some thoughts for actions that are suggested by each of them.

Many think that success is the end of their effort, when it should be the start of a journey towards even greater things. The start of something bigger, better and even more  exciting. Success should motivate, stimulate a desire to try even harder, to go that much further and to succeed again and again. This first quote sums this up brilliantly:

1. “In order to succeed, your desire for success should be greater than your fear of failure” Bill Cosby, American Actor (>>Tweet quote<<)

THOUGHT: Those who succeed accept failure as one of the necessary steps to reach their goal. They know they are unlikely to succeed without first failing. What if your fear of failing was stopping you from your greatest success? Manage your fear and do it anyway.

2. “The successful man will profit from his mistakes and try again in a different way” Dale Carnegie (>>Tweet quote<<)

THOUGHT: As #1 above also mentioned, failure is a necessary step on the way to success. Learn from your mistakes and be thankful for them, as they are steering you away from the wrong direction.

THOUGHT: You can’t just wish for success, you have to earn it, to make it happen. You have to put the work in, risk making mistakes and then carry on trying. How often do you forget to “turn up” when the going gets tough?

THOUGHT: Success rarely comes in isolation, whether we are speaking about people, thoughts or actions. We need others to provide different perspectives, skills and energies. We need different experiences to complement our own norms. If you are not succeeding, ask for help or advice; people generally love to give it.

5. “The difference between a successful person and others is not a lack of strength, not a lack of knowledge, but rather a lack of will” Vince Lombardi, American football player, coach and executive (>>Tweet quote<<)

THOUGHT: Success doesn’t come easy, even if as an observer we may think otherwise when seeing others succeed instead of us. Rather than feeling jealous, use others’ success as an indication that everyone can succeed if they put their minds to it. Put your energy into succeeding and not to putting down others’ successes. Are you trying hard enough to get your own success?

THOUGHT: I love this quote, because it is often said that trying to succeed for success alone is setting yourself up for disaster. Look at how you can help and be of value to others and success will follow. Which are you trying for?

THOUGHT: This follows on nicely from the previous quote, in that it again puts people at the heart of success. Seek to be of help and value to others and success will follow. Be interested in others and their challenges, listen carefully, because your next success might just come from one of these.

THOUGHT: One more quote on the importance of people, this time for businesses. A company doesn’t always succeed because it has the best products, but rather because its customers are treated better. Are you putting as much thought into satisfying and hopefully delighting your customers, as in developing the best product you can make technically speaking?

9. “Success is not the key to happiness. Happiness is the key to success. If you love what you are doing, you will be successful” Albert Schweitzer, German theologian, philosopher & physician (>>Tweet quote<<)

THOUGHT: Why make it hard on yourself by searching success in something you don’t love? Look for happiness first and success will follow. If you are successful, search within yourself if you are really doing what you love, or if you are doing it for other reasons – money, family or friends’ expectations, tradition etc.

THOUGHT: Whilst we all want to improve in areas of weakness, it is our strengths that will bring us success. As the quote above mentions, we succeed in what we love and we generally love what we’re good at. If you don’t know what your strengths are – many of us feel shy to state them – then find what you love doing instead. Be strong and love your strength. These are ten of my favourite quotes on success. To summarise all of them in just one sentence: Turn up, work hard, accept mistakes, be of value to others by using your strengths and above all Be Happy. Do you have another favourite quote on success? Please share it below. Have something to add to the topic or disagree with what I’ve written? Then please share your thoughts as I’m always ready to learn from others. C³Centricity used an image from Kozzi in this post. 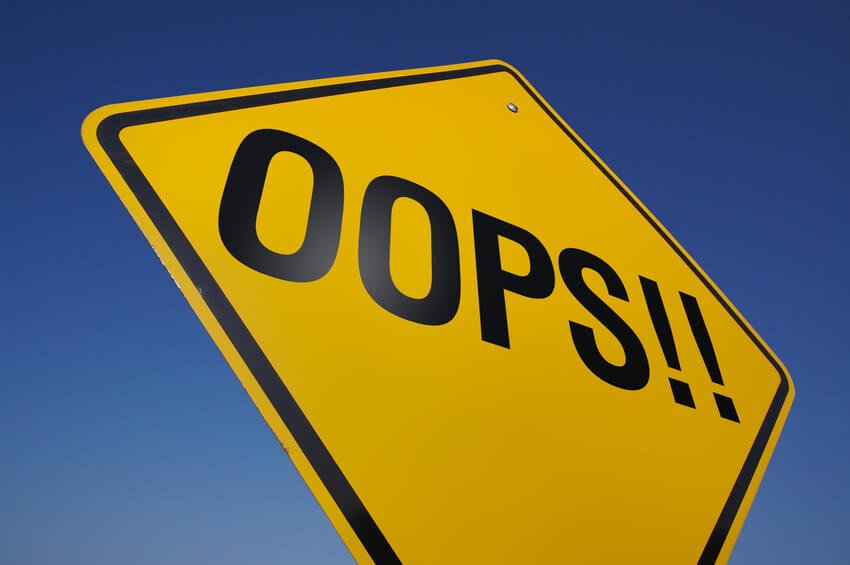 These past few weeks, I have been speaking about very basic, rational and tangible subjects like brand planning, innovation  and portfolio management. Therefore I’d like to take a step back and look at a more philosophical and emotional approach to marketing this week. After all, we’re all creatives, even if these days we must manage brand data almost as often as we create communications.

Life is a journey made up of highs and lows, wins and losses, and the same applies to business. This week I have been working on a new product idea based upon the most popular blog posts on my website. These are the ones that suggest actions coming from some of the most inspiring marketing quotes I’ve found over the years. In my search for new ones, I was reminded of one of my all-time favourites:

“A man’s life is interesting primarily when he has failed. I well know. For it’s a sign that he tried to surpass himself” Georges Clemenceau, French Statesman

I love this quote for two reasons. Firstly because it reminds us that we all – without exception – fail sometimes. And secondly, that it is these failures that are the signposts of our moving forward. If we never try anything new then we are unlikely to fail.

Why is it then, that at least in Western culture, we are taught to avoid failure and celebrate success? Shouldn’t it, in fact, be the other way around? A similar proverb shows how Eastern culture has, at least in my opinion, a better perception of failure:

In other words, it is not the failure that matters as much as what we do afterwards. If we learn from it and get back up, then success will follow. In fact, it was the prolific inventor Thomas Alva Edison who it is claimed “failed” thousands of times before he succeeded in inventing such things as the phonograph, the motion picture camera, and a long-lasting, practical electric light bulb. As far as he was concerned:

We have all known and will continue to experience failure, but it is what we do after it that differentiates winners from losers, the successful from the less so. However, failure in itself doesn’t mean that you have failed, only that you haven’t as yet found the right way to succeed.

So with a few more inspiring quotes on failure, let’s all think about the future, stand back up and take action; success might just come from our very next idea.

1. “It’s fine to celebrate success but it is more important to heed the lessons of failure” Bill Gates, American Businessman (>>Tweet this<<)

THOUGHT: Do you only celebrate success? If so, your business is giving out the wrong message. In fact we learn much more from our failures than from our successes.

THOUGHT: Learn from every failure and celebrate those who share theirs with everyone, because it takes courage to do so, but also gives free learning.

3. “By failing to prepare, you are preparing to fail” Benjamin Franklin, American Politician (>>Tweet this<<)

THOUGHT: Every failure teaches us something new. Use that knowledge to change the future and get closer to success.

5. “The difference between average people and achieving people is their perception of and response to failure” John C. Maxwell, American Clergyman (>>Tweet this<<)

THOUGHT: As already mentioned everyone fails at times, but successful people don’t stop, they just try again, but differently.

6. “Failure doesn’t mean you are a failure it just means you haven’t succeeded yet” Robert H. Schuller, American Clergyman (>>Tweet this<<)

THOUGHT: I love this one, as it gives hope for the future. Never take failure – or success for that matter – personally. We are all just on a road of growing and learning.

7. “Enjoy failure and learn from it. You can never learn from success” Sir James Dyson, British Designer (>>Tweet this<<)

THOUGHT: This quote from James Dyson is particularly poignant. As Edison before him, Dyson made thousands of “tries” before getting his inventions right (5,127 and 14 years of “failures” to get his vacuum cleaner prototype to be precise). Success is never easy and it is never fast – except when viewed from the outside.

8. “Fear of failure must never be a reason not to try something” Frederick W. Smith, American Businessman (>>Tweet this<<)

THOUGHT: We should never fear failure when we can learn from it. Success should be feared, as we might then stop trying and learning.

9. “The greatest glory in living lies not in never falling, but in rising every time we fall” Nelson M Mandela, South African Statesman (>>Tweet this<<)

THOUGHT: This reflects the Japanese quote mentioned above. Appreciate failure as a chance to prove your strength to stand again.

10. “Failure seldom stops you. What stops you is the fear of failure” Jack Lemmon, American Actor (>>Tweet this<<)

THOUGHT: Never give in to fear. Prepare as best you can and then if you fail, learn from it and move quickly forward.

I hope you enjoyed reading these quotes and the thoughts they prompted in my head. They say that pride comes before a fall; I say success follows failure. I wish you much success in failing fast and often, so you can enjoy more successes!

If you have a favourite quote on failure, please share it below. I’d love to add it to the collection on our website, with attribution to you of course.

Post Navigator Supported By WordPress Navigator Plugin
Send this to a friend
We use cookies to personalise content and ads, to provide social media features and to analyse our traffic. We also share information about your use of our site with our social media, advertising and analytics partners. Learn More