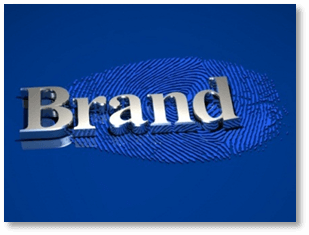 Storytelling is a natural human behavior. In all cultures around the world, it has been used to convey learning and history, as well as to entertain children and adults alike. It has developed down through the ages for transferring knowledge long before books and now the web enabled their storage.

Big brands and those that resonate with their customers, all have myths and stories built up about them. Do yours?

Stories of an iconic br and

When I worked for Philip Morris International, I first heard about this for the iconic Marlboro br and. At that time, it was rumored that Marlboro was financing the Ku Klux Klan in the US, because its packaging had three red rooftops or “K’s” on it. As this was certainly neither true nor desirable, the powers that be decided that we should remove one of the K’s by making the bottom of the pack solid red.

We thought that the rumours would then stop, as we saw them as negative for the br and. However, our consumers had the last say, because they then replaced the KKK rumour with one announcing that Marlboro hated blacks, Asians and Indians. This second story came about because a consumer had found the printer reference markings of coloured dots on the inside of the pack when he had dismantled it.

Customers tell stories about “their” brands

There are many myths about the greatest br ands around, coming from their packaging or communications in most cases. Toblerone is romoured to have the “Bear of Berne” and the Matterhorn exemplifying its Swiss origin on its pack, which also resembles the Matterhorn mountain. Camel is said to show the “Manneken Pis from Brussels” on the back leg of the camel of its pack, although I am not sure where that comment originated!

Other br ands develop stories through their communications, that are then shared and repeated by their customers. Examples of these include Columbia Outdoor wear’s “Tough Mother” campaign, Harley Davidson’s enabling “middle aged” men to become bikers at the weekend, or Dove’s campaign for real women to name just a few. All these stories emphasize the connection their customers have with these br ands, making them almost a part of their families through this emotional connection.

What stories are told about your brands?

What do your customers say and believe about your br ands? Rather than trying to correct them, unless of course they are clearly negative as was the case for Marlboro, continue to inflame them and more people will talk and share their proof that it is true. Someone said that there is no bad publicity; I am not sure about that, but it sure fires enthusiasm when people can share stories about their favorite br ands, and today’s ease of sharing through social media makes them arguably even more important.

One word of warning though; your br and has to live up to the story; Columbia’s wouldn’t have worked if their gear failed in the real world, nor Dove’s if they had moved to show women that looked too much like top models in their advertising.

Do you have any other stories about br ands you would like to share here? Do your own br ands have stories that customers tell each other? If not, then maybe your brand is not yet in the big league, or perhaps you will have to start a rumour of your own for them to share.

Social media is a great story-telling medium and you need to ensure that you post stories and information that are worth sharing, if you want to be considered a member of the family.

For more on br and building: https://www.c3centricity.com/home/engage/

Post Navigator Supported By WordPress Navigator Plugin
Send this to a friend
We use cookies to personalise content and ads, to provide social media features and to analyse our traffic. We also share information about your use of our site with our social media, advertising and analytics partners. Learn More