Thanks to sc andals in many countries in the last few years, the global Food and Beverage industry has been forced to recognise that consumers want to know where products are made and from where their ingredients come.

Most US retail food stores are now required to inform consumers about the country of origin of fresh fruits, vegetables, fish and meat. The final rule to implement country-of-origin labeling (COOL) took effect on March 16, 2009 there. Sales of prepared dishes containing beef dropped significantly in Europe earlier this year and this resulted in lower prices for wholesalers and eventually also for the farmers. According to Reuters, a recent poll run by Consumer Intelligence in the UK, showed that more than 65% of respondents said they trusted food labels less as a result of recent incidents, so in fact the whole food industry has been impacted.

This interest in sourcing is happening in other industries too, but rather than seeing these dem anding consumers as a challenge, you can answer their thirst for information and turn it into a competitive advantage.  To illustrate how you can do this for your br ands, here are a few br ands, including some of the global heavyweights,  that have done exactly this.

Wine, alcohol and coffee have always been sold primarily on origin, because it has a significant impact on taste and consumers’ enjoyment of the products. However the br ands in these categories have usually been built upon their blending expertise or regional knowledge.

Although tea has also used sourcing to differentiate itself, it is only recently, with the launch of Nestlé’s Special T that a br and has built itself based upon the country of origin of its ingredients. Special T offers teas from five regions of the world, Japan, China, India, Ceylon and South Africa and claims to propose to tea-lovers the same quality and ease of preparation as the very successfulNespresso system.

This post was prompted in part by the latest, rather indulgent campaign of Apple. The company has been running a cross-media ad campaign with the sign-off “Our Signature“, to state and reinforce its core values. Whilst it cannot claim American sourcing, it has cleverly made an association with the US through their claim “Designed by Apple in California”.

Some, dare I say many, consumers will “hear” American and attribute a better image to the br and than they would with the reality of Asian sourcing (no criticism intended). The ad is also, at least in my opinion, a covert attack on Samsung’s iPhone-threatening Galaxy range whilst also responding to the growing dem and in many countries to repatriate labour from Asia.

Apple has responded to their customers’ need for information by turning a possible perceived negative (Asian sourcing) into a positive (Californian design). Very clever.

Certain industries have perceived best-in-class country associations; take French perfume, Egyptian cotton or Italian fashion. German cars have also been seen as the most robust and well made, at least in Europe, even if they are not always the most attractive in terms of design. The German br and Opel has used the German quality associations as their selling point for both their Corsa and Meriva cars for many years. Thecampaign is so popular that there have been many parodies made and posted on Youtube, including one by French manufacturer Renault. In the latter video, the seller presents his new Renault Mégane with a German accent and phrases, in the exact same style as in the Opel ad; quite amusing and extremely flattering for Opel.

How a br and can use COE

According to Wikipedia, the country-of-origin effect (COE) is a psychological effect which occurs when customers are unfamiliar with a product (quality) and the image of the product’s country of origin has a “halo effect” on the customers’ evaluation of the product itself. The country associated with the product may be the country of manufacture, place of assembly, or even just the country in which the company has its HQ. A positive country image may allow marketers to introduce new products while quickly gaining customer recognition and acceptance.

Where is your br and designed, made, or assembled; are your company headquarters in a country with a strong perception that could be used to improve the image of your br and? If so, then you can use it to great effect whilst also answering your customers’ need for more information. A real win-win.

Do you have any other great examples of br ands using the image perceptions of its br and’s country source? If so, please share them below, we’d all love to hear from you.

Need help in underst anding your br and image and equity or defining suitable metrics? Let us help you catalyse your customer centricity; contact us here.

The Three Rules for Effective Customer Surveys
The Future of Brand Building is Customer Centricity
No Trust without Respect: 7 Rules to Winning Customers
Why Most Marketing Plans Fail & 9 Ways to Succeed with Yours
Which Sight do you Use the Most?
Social Customer Service: How to be Responsible, Resourceful & Ready in Real-time 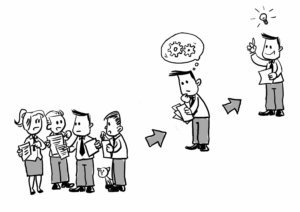